A wealth advisory client needed evidence-based insights to underpin their currency hedging activities and strategy. The legacy process was heavily influenced by qualitative analysis and broad economic knowledge. The client requested Foresight to build a robust quantitative model to underpin their FX strategy and hedging policies

FX markets are volatile and very tricky to forecast particularly in the short term. It is not easy to predict currency markets with a high degree of precision. None the less, there are various models that have been used by practioners, central banks and academics to guide currency decisions that can be valuable and instructive.

Foresight reveiwined the models of various central banks and practionaers through published literature and consulted some of the most respected currency strategists on this problem. Foresight the created a FX data-base including economic and technical variables that drive currency markets. Using this data- set, Foresight’s quant analysts build 4 models that are commonly used and have been instructive in guiding investors on currency markets and trading.

Foresight build an interactive tool for the client to provide:

Descriptive data and stats to the client that included 30 FX pairs including bitcoin and precious metals. Exhibit 1 below shows the performance of 10 common currencies denominated in Australian dollar. 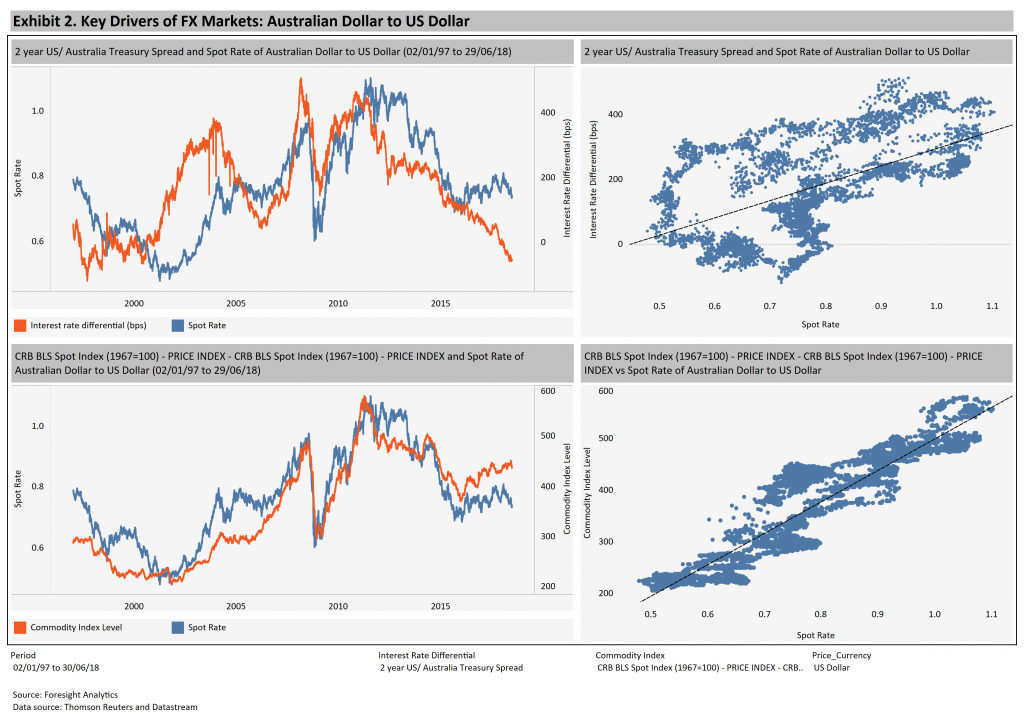 Predictive models using single factor and multi-factor models to compete the fair value of AUD relative to G5 currencies. Exhibit 3 below outlies Foresight Analytics’ forecasts for the pair of Australian dollar to US dollar generated using our in-house multi-factor model. 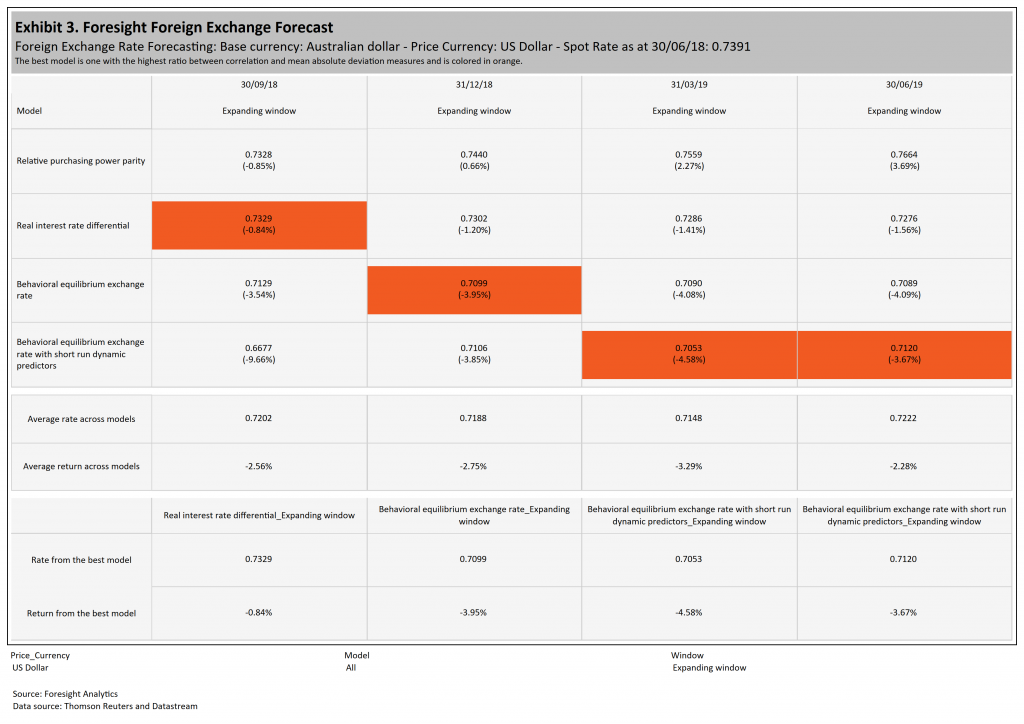 Foresight also build in predictive accuracy attribution so its ability to forecast were assessed by the client on an ongoing basis. Exhibit 4 graphically illustrates our model back testing. 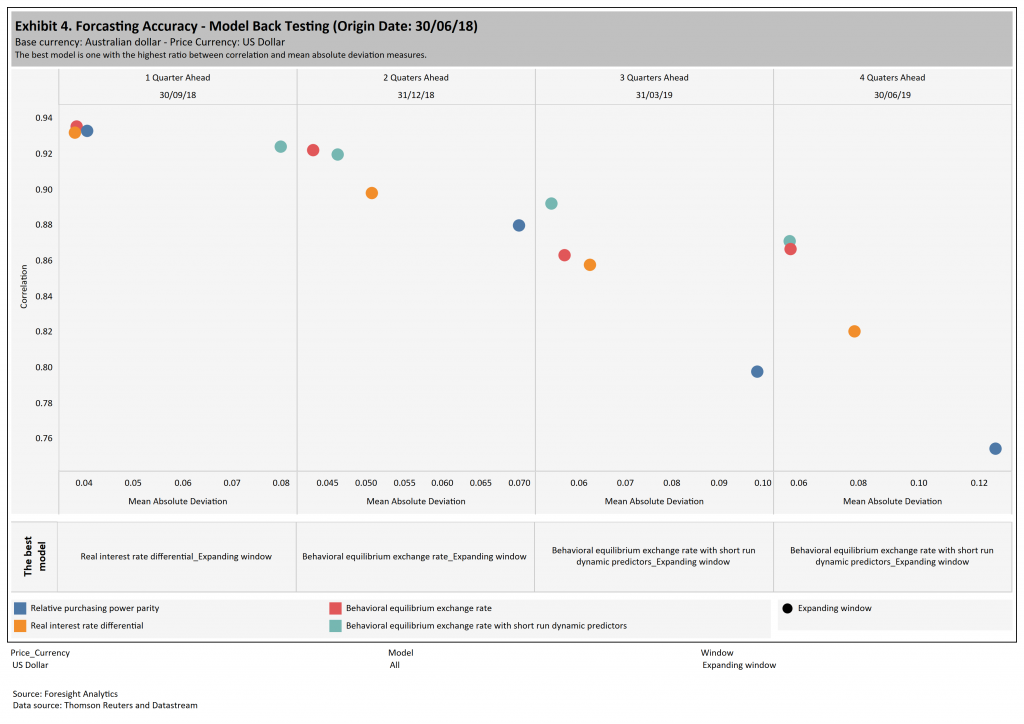